“You know what Trump is?’

Which is as good a place as any to begin with John Le Carrè’s latest work, Agent Running in the Field. Rumoured to have angered his former employers, (according to one very put out spook at the Cliveden Literary Festival at least)

Mr Le Carrè’s somewhat classy retort in The Times was enough to generate some publicity for what is certainly a lower key release than 2018’s Legacy of Spies (which even got a session at the London’s Royal Festival Hall beamed to cinemas over the UK).

This was supposed to be his Brexit rant – his anti-Trump, reactionary wail of despair at UK national suicide, the world gone mad, manipulated by the kleptocratic, Tsarist spook-in-chief in Moscow. This was supposed to be his deconstruction of the British state and it’s Cambridge Analytica-altered, Putin fiddled with, Big Red Bus of Deceitful Propaganda opus. Hell, even the title sounds like a riff on our former Prime Minister’s childhood agricultural misdemeanours. And, at least in the character of Ed, the novel does reflect those emotions.

“It is my considered opinion that for Britain and Europe, and for liberal democracy across the entire world as a whole, Britain’s departure from the European Union in the time of Donald Trump, and Britain’s consequent unqualified dependence on the United States in an era when the Us is heading straight down the road to institutional racism and neo-fascism, is an unmitigated clusterfuck bar none.”

This, in fairness, is hardly an equivocal position. But, nor is it a radical stance so far out with the opinions of many of the people watching Brexit unfold and, in comparison to – say 2003’s Absolute Friends – this is a quiet and measured response.

And, really, that is my take away from the novel. It is a small story in a way that the absolute first rate Le Carrè pieces aren’t. The character of Ed is a graceless and, as a narrator in one of his novels might say, seems to have elevated gracelessness to an art form. Nat is an unreliable narrator, the seemingly happy marriage undermined by what everyone else sees in him apparently, although the influence of this on the plot seems slim.

Overall, it’s always better to read Le Carrè than others. There are the usual damning characterisations, the usual pithy descriptions and he does physical nuance just about better than anyone but, here, the plotting lacks surprises and the ending fails to pack the sort of punch that even a relatively minor novel of his latter period, Our Kind of Traitor or A Most Wanted Man for example, manage to produce 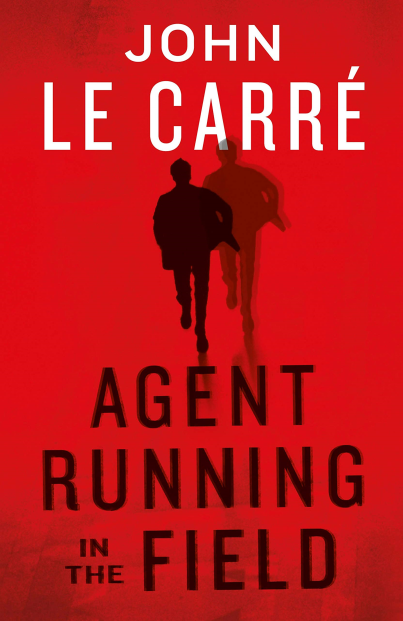 A year ago this peanut came to live with us 😍
Home
Some people think that we spoil the dogs but I don’t see it... 😂
Light dusting of snow, light spot of gorse chopping, heavy drop of help from the young hound.
My favourite Christmas card 25 years ago from @danpearce1982. Loved it then - love it now.